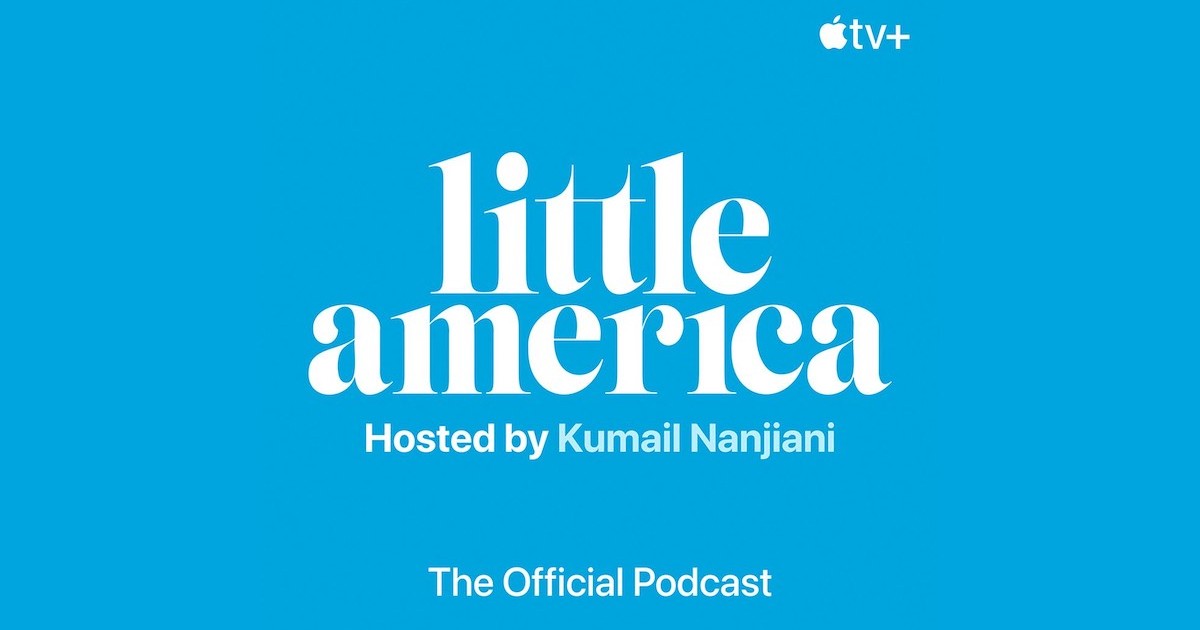 Apple TV+ has released a trailer for the new audio series Little America: The Official Podcast.

On Friday, Apple TV+ unveiled the trailer for the new audio series Little America: The Official Podcast. Featuring host Kumail Nanjiani, the 8-episode series is similar to the streaming series, in that it centers on the “exploration of the immigrant experience in America”.

The podcast makes its debut Thursday, Nov. 3 with the first 3 episodes. New episodes will arrive weekly via Apple Podcasts and RSS. You can listen to the trailer here.

The podcast is a production between Apple and the Vox Media Podcast Network. For this series, executive producers include Nishat Kurwa and Josh Bearman.

Reports that Little America would become a podcast have been circulating since Jan. 2020. Additionally, during this 2020 report, the team behind Little America also stated it was looking into working with Apple Books as well. The Little America book has been available since Mar. 17, 2020.

For fans of the streaming series, the new podcast will be a great holdover until season 2 sees release Dec. 9.

Back in April, reports indicated that Apple was looking to expand its original podcast content, and that Apple penned a deal with the Pulitzer Prize-winning production company Futuro. While the primary job of Futuro is to fund both the development and production of podcasts for Apple, Cupertino is also aiming to transform these shows into original content for Apple TV+.

In terms of Apple Original Podcasts, the top of August saw the company releasing Missed Fortune, which focuses on the story of Darrell Seyler searching for a hidden treasure made famous by art dealer Forrest Fenn. Additionally, June saw Apple releasing the podcast Project Unabom, which focuses on the Unabomber Ted Kaczynski. Other notable podcasts for Apple include Hooked, Wild Things: Siegfried & Roy, Run Bambi, Run and The Problem With Jon Stewart.

Of course, there’s also companion podcasts for certain Apple TV+ series, including Foundation, For All Mankind, as well as the docuseries The Big Conn.

You can find the trailer for Little America: The Official Podcast here. The RSS for the new podcast is also available here.

What Apple Original Podcasts are you listening to right now? Let us know in the comments.