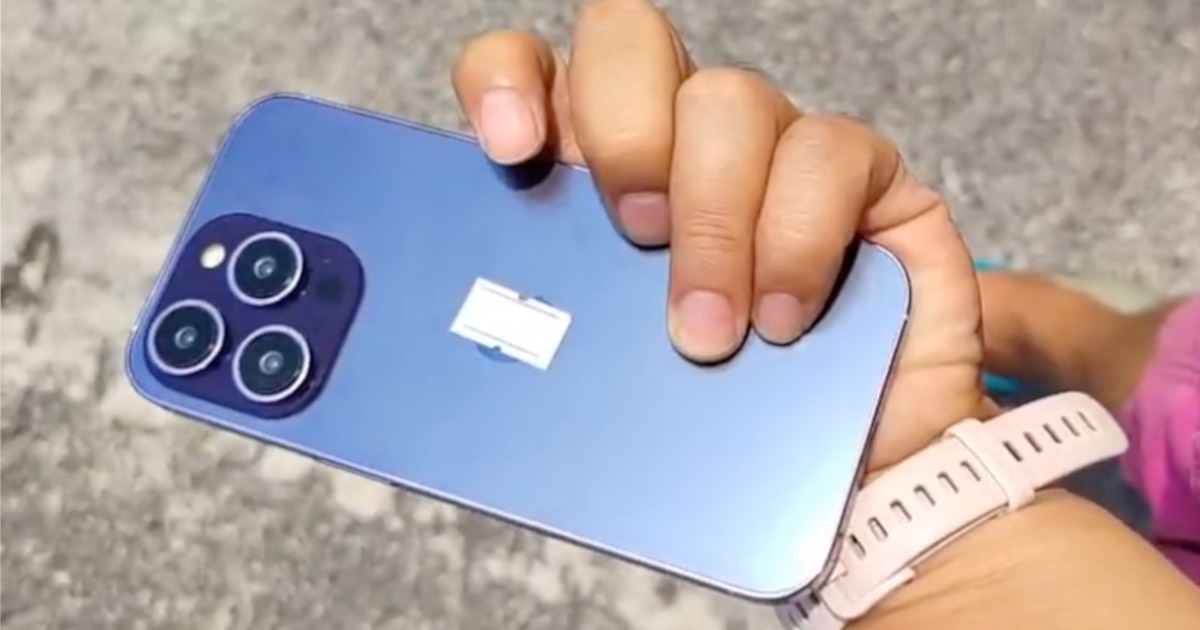 With the announcement of the new iPhone 14 and iPhone 14 Pro series arriving in around two weeks, rumors are sure to arrive in rapid succession. Now, a new rumor claims to show the mysterious Purple iPhone 14 Pro in the wild.

A new unverified leak alleges to show what the purple iPhone 14 Pro will look like should it go live.

Rumors have been circulating on a Purple iPhone 14 Pro since the end of April. Now, Twitter user DuanRui shares a video from the Chinese social media Weibo claiming to show the Purple iPhone 14 pro color in the wild.

Taking a look at the video, the phone looks like it is primarily purple at certain angles. This is similar to the way the M2 MacBook Air looks in its Midnight Blue color.

You can view the Weibo video here.

Additionally, DuanRui also shares an image also arriving from Weibo that shows what the other iPhone 14 Pro colors may look like. These colors include Purple, Navy Blue, Gold, Graphite and Silver.

In terms of colors, these differ from the colors shared by a Twitter user only a few weeks ago. Twitter user Jioriku believes that the iPhone 14 Pro colors will be Green, Purple, Silver, Gold and Graphite. In this instance, Purple replaces Sierra Blue. Furthermore, while Jioriku was correct that the iPhone 13 is capable of unlocking with just a user’s eyes, his reports on iPhone 14 Pro colors may not hold water.

Of course, you can check out our model-by-model breakdown of the iPhone 14 here.

As we approach the Sept. 7 launch event, hopefully rumors will begin to transform into reality.

What colors do you think the iPhone 14 will come in? Are you going to buy the iPhone 14? Let us know in the comments.