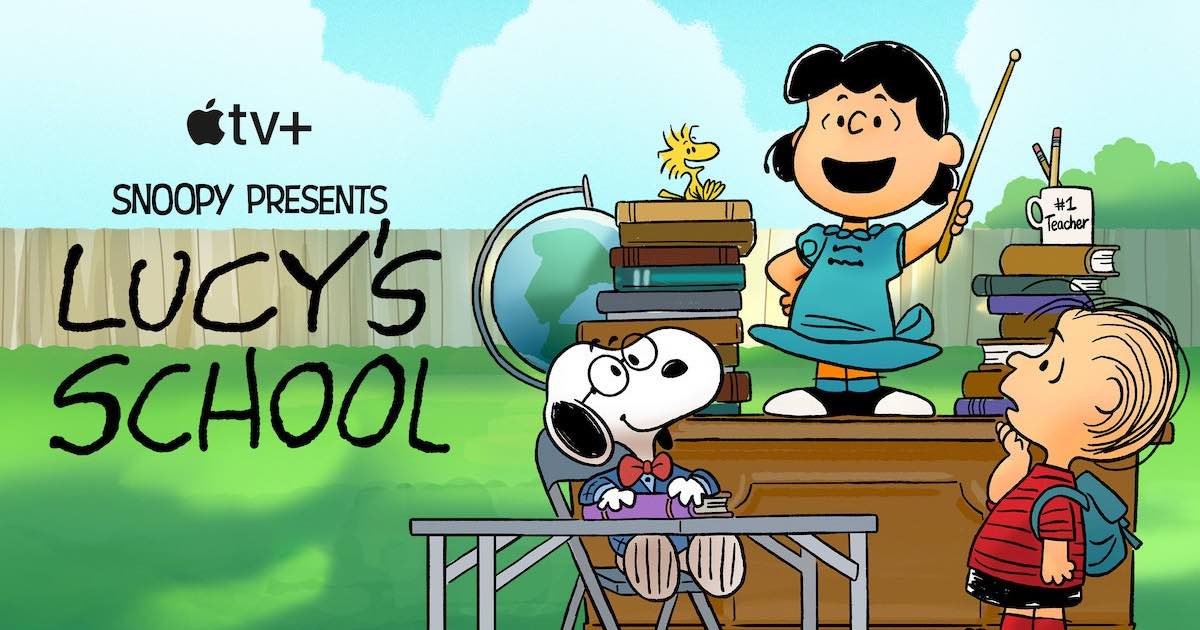 Today Apple TV+ has unveiled a trailer for Lucy’s School, an all-new Peanuts special that is going to celebrate educators.

The original special will also arrive with all-new episodes of the Apple Original The Snoopy Show season two. Both will premiere globally on Apple TV+ on Friday, Aug. 12.

The Peanuts gang are anxious about starting at a new school in the fall, inspiring Lucy to start her own school instead, but teaching isn’t as easy as it sounds. Lucy’s School is a love letter to teachers, and an appreciation of the impact a teacher can have on a child. It explores the fear of change, and shows how Lucy, supported by her friends, faces and overcomes her own fears.

Furthermore, season two of the Apple Original The Snoopy Show is also arriving in thanks to Apple’s partnership with WildBrain.

In terms of Peanuts content, Apple TV+ is making the most of its partnership. In addition to Lucy’s School and season two of The Snoopy Show, specials from Peanuts and WildBrain include Snoopy in Space seasons one and two, It’s the Small Things, Charlie Brown, For Auld Lang Syne and more.

Apple TV+ is also delivering the goods when it comes to children and family content. The streaming service just recently released Best Foot Forward (which I think is undeniably charming), and Amber Brown, based off the bestselling book series by Paula Danziger.

Of course, it also bears repeating that Apple TV+ has 52 nominations at this year’s Emmy Awards, as well as six more award nominations for its documentaries, a first for the streaming service.

Are you looking forward to Lucy’s School? What are you watching on Apple TV+ right now? Let us know in the comments.