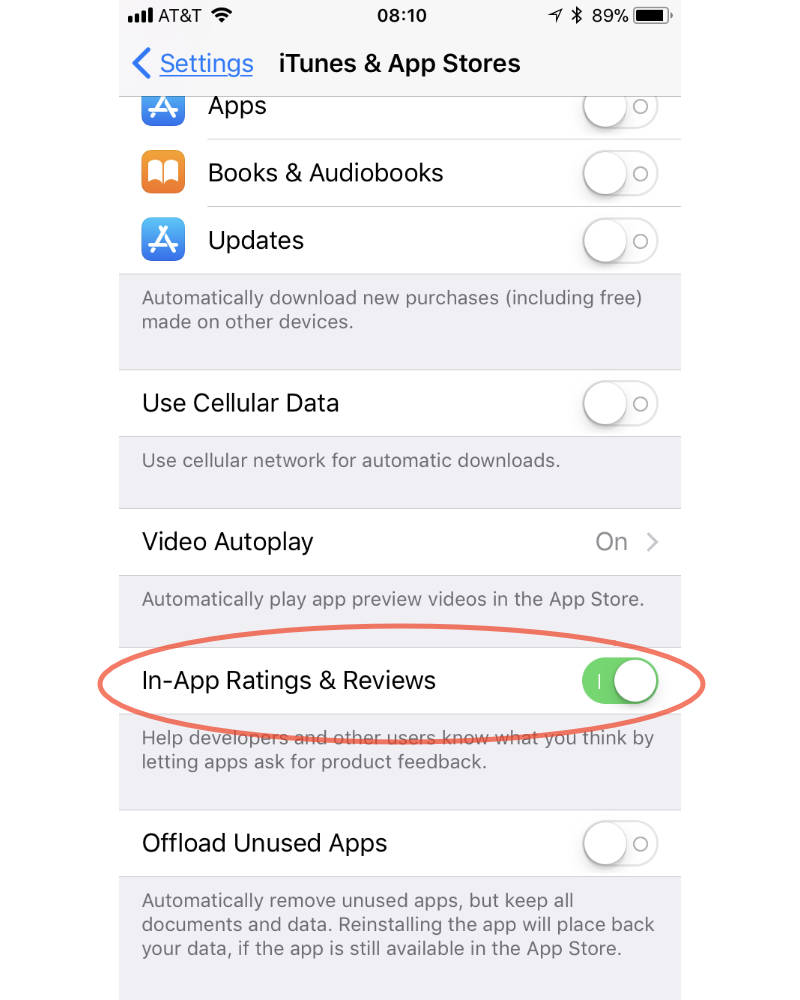 In-app review reminders are important for developers because they get more users to enter App Store reviews, which are critical for boosting visibility and helping other users decide if an app is right for them. If you have, say, a jillion apps on your iPhone, however, those review pop-ups can get a little overwhelming—or at least annoying. Luckily, there’s a way to turn them off for all apps in iOS 11with just a couple taps.

To disable in-app ratings and reviews pop-ups on your iPhone and iPad, do this:

That blocks the in-app pop-ups asking you to rate an app, which no doubt will make some iPhone and iPad users really happy. Blocking the pop-up doesn’t, however, wipe away the need to review apps. Those reviews are an important part of the App Store ecosystem, so don’t forget to add your rating to the apps you really like.

2 thoughts on “iOS 11: How to Block In-app Ratings and Reviews Requests”